Potatoes in Practice: a retrospective

Potatoes in Practice: a retrospective

From its humble origins in the late 1980s, Potatoes in Practice (PIP) has grown to become the UK’s largest field event for potatoes and a highlight of the season for the sector, bringing together variety demonstrations, research and trade exhibits in one place. Today (13 August) would have seen us in the field for Potatoes in Practice 2020 but COVID-19 put paid to plans and event partners James Hutton Institute, Agrii UK, AHDB and SRUC took the difficult decision to cancel the event. However, the ‘free day’ gives us an opportunity to look back at the history of PIP and how it became an unmissable date in the potato industry calendar.

PIP’s earliest roots can be traced back to the late 1980s, when the Scottish Society for Crop Research (SSCR), the Scottish Crop Research Institute (SCRI), Scotland's Agricultural College (SAC, a forerunner of SRUC) and the Potato Marketing Board (PMB, now AHDB Potatoes) hosted small-scale, invitation-only potato field days to showcase the latest varieties and advance selections. Further August ‘Potato Walks’ followed: the 1992 event focussed on novel alternative potatoes aimed at the "gourmet market", late blight resistance breeding and optimising nitrogen applications, while the 1994 gathering highlighted breeding for resistance to potato cyst nematodes and new anti-viral technologies. The final ‘Potato Walk’ was held in 1996 and put the spotlight on blackleg resistance, Solanum phureja potatoes for salads and ‘gourmet’ potato chips, and non-food uses such as starch.

In 1997 the event moved to Gourdie Farm, but the most important transformation was that it became open to the public and consequentially renamed as the ‘Potato Open Day’, with partners SSCR, SCRI, SAC and the British Potato Council (another forerunner of AHDB Potatoes). The change came with an increase in numbers attending, and the dawn of the millennium brought its new name: Potatoes in Practice.

The first Potatoes in Practice took place in 2001, and according to records “it was hard work for those involved in the organisation, but their efforts were favourably received and this event is rapidly becoming a focus for the industry.” It was notable due to the addition of trade exhibitions, continuing the impetus from previous years and consolidating the event as the largest of its kind in Scotland.

PIP 2003 marked a change in direction, with a focus on the laboratory-based aspects of the management of potatoes and their pests and diseases. That was followed by a return to the field, by popular demand, for PIP 2004. That year saw over 200 visitors examine British Potato Council-funded trials of SCRI and SAC, along with displays of topical issues including blight, PCN and powdery scab control. In 2005 the attendance figure surged to more than 500, the highest number to attend PIP until that point. “It is now recognized as the predominant outdoor potato event in the UK,” SCRI records show.

Andean potatoes were a highlight of PIP 2006, alongside a tasting session of newly launched variety Mayan Gold. Developed at SCRI and introduced by Greenvale AP, Mayan Gold was the first Phureja variety to be released in Europe and has gone on to become a household name in the UK and beyond.

Further cementing the status of PIP as the premier potato field event in the UK, PIP 2007 attracted delegations from Australia, Spain and Egypt, starting a trend that continues to this day.

PIP is and always has been hard work, as multiple records show, but the 2008 event was particularly noteworthy. As Euan Caldwell, Head of Farm, Field and Glasshouses, recalls: “The wettest, most challenging event was in Reservoir Field at Gourdie Farm in 2008. There were 1200 people at the event that year, because no one could harvest any crop anywhere in Scotland.

“I remember towing four-wheel drive vehicles into the event field and back out again after the event. All two-wheel drive cars / vehicles were parked at Gourdie Farm steading and we used three tractor and people transport trailers to shuttle visitors between the temporary car parking area at the steading and the event.

“Mid-morning at the event we also cut out an area of cereal crop in the sloping field immediately adjacent to the steading car park to allow for more two-wheel drive cars.”

In 2009 PIP moved to Balruddery farm, and PIP 2011 was another wet one, but by then not even serious flooding could deter another record attendance, including guests from Norway, France and China as well as farmers and agronomists from across Scotland. The big topic in the agenda was the future of potato breeding and how the mapping of the potato genome could help breeders and industry improve the crop, a subject which would dominate PIP proceedings for years to come.

Working machinery demonstrations were an innovation for PIP 2013; a product of Euan Caldwell’s efforts. The first demonstrations took place at Balruddery farm and have since become a well-established and popular element of the Potatoes in Practice offering.

The 2014 event had an emphasis on integrated pest management (IPM) which had recently come to the fore as one of the major growth areas in tackling pests and diseases. IPM uses contemporary information on the life cycle of pests and pathogens and their interaction with the environment, in combination with predictive diagnostics and an array of control methods, to manage diseases in the most economical way while minimising risks to human health and the environment.

PIP 2015 coincided with an announcement made by the Scottish Government about a ban on growing genetically modified crops in Scotland. Hutton scientists at the event reaffirmed the importance of biotechnology as a key tool for the delivery of evidence-based solutions to global challenges, which include food and environmental security.

In 2016, the event had a markedly international flavour with speakers from five continents, a large Chinese contingent led by the chairman of China’s largest potato producer, Xisen Potato Industry Company, and a delegation from the visiting European Association of Potato Research. The event saw James Hutton Limited launch a suite of molecular diagnostics for free-living nematodes, a pest responsible for which is estimated to cost global agriculture more than £100bn a year in losses. Hutton experts also introduced the AHDB-supported Grower Platform, which aims to support resilient rotations. Similarly, there were presentations about the challenges for, and potential policy tools to improve women’s participation in farming and leadership of the agricultural sector in Scotland. That year, PIP even burst into the social media scene when #PotatoesinPractice featured in the UK's Twitter trending topics on the day of the event.

Brexit dominated discussions at PIP 2017, with presentations focussing on market intelligence into the challenges and opportunities for the potato industry; apps and diagnostic tools; late blight and agronomy.

The 2018 event majored on the impacts of climate change, noting how stress-resistant crops can be an important resource for maintaining food security in the face of increased temperatures, such as those brought about by more frequent heatwaves, and AHDB hosted a discussion on a ‘World without Potatoes’ as part of a wider campaign to reinforce the importance of potatoes as a key global food crop. A brand-new event website was also launched: https://pip.hutton.ac.uk.

As the potato industry faces up to the loss of major chemicals, PIP 2019 focussed on what growers will be using in the future. As well as desiccation, exhibition plots also featured breeding technologies, biostimulants, crop protection, and of course, new varieties. Further links with Chinese researchers were established at the event, and as usual, there were many recognisable names showcasing exclusive varieties and crop protection trials including Caithness Potatoes, Greenvale, Cygnet PB, Branston, Bayer Crop Science, James Hutton Ltd and Emerald Research Ltd, to name but a few.

The cancellation of Potatoes in Practice 2020 has been a considerable loss to the sector in terms of seeing what’s new, networking with colleagues and contacts and catching up with friends in the trade, but it means that there will be even more to see, catch up on and talk about at next summer’s event when things are hopefully back to normal, or close to it.

The PIP story will continue at Potatoes in Practice 2021, on Thursday 12 August at Balruddery Farm, Angus. See you then! 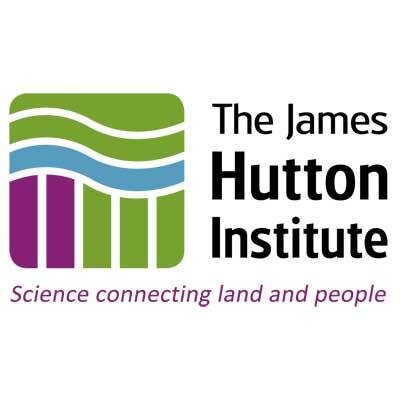 See our video from #potatoesinpractice 2021. This gives you an insight into the #potato varieties and #pollinator mixes we had on our @Branston stand https://t.co/T43ceKG9bH https://t.co/t3yQsuW6lq
Aug 26

What is the future of potato research post-levy? #potatoesinpractice #pip https://t.co/eZRpQP39m3
Aug 17